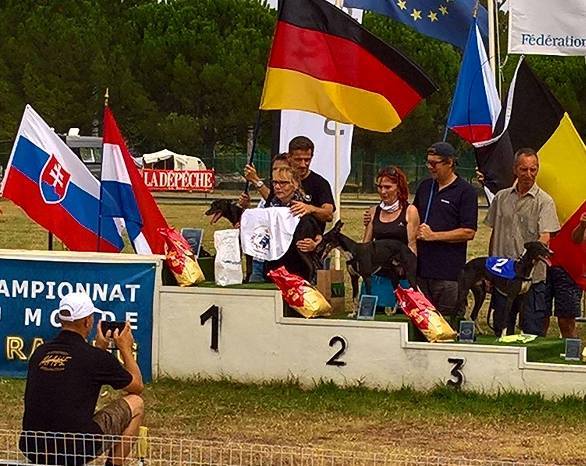 He did so well! It was a great team effort! Everything was in line! We are so proud of you and especially proud of Alfie!

After all the tragedies of the past years you have had it so much deserved! He did it! ... and You made it possible for him! Great! Or in the words of a good friend ..."a masterpiece"!

Thank you so much! Also I would like to thank everyone who believed in him! "Special people" have supported Alfie, you all were an important part on the way to his success! Thanks to all who have supported his training, who gave us their dogs for a trial and have made it possible that he could train with the fastest of the fast. The only way to gain valuable experience, which he so much needed. Thank you very much!

Finally, I would like to thank the organizers, the other racers, the helpers and all those involved. Thank you!

To the envious people and critics, I would say: You've been wrong! :-)